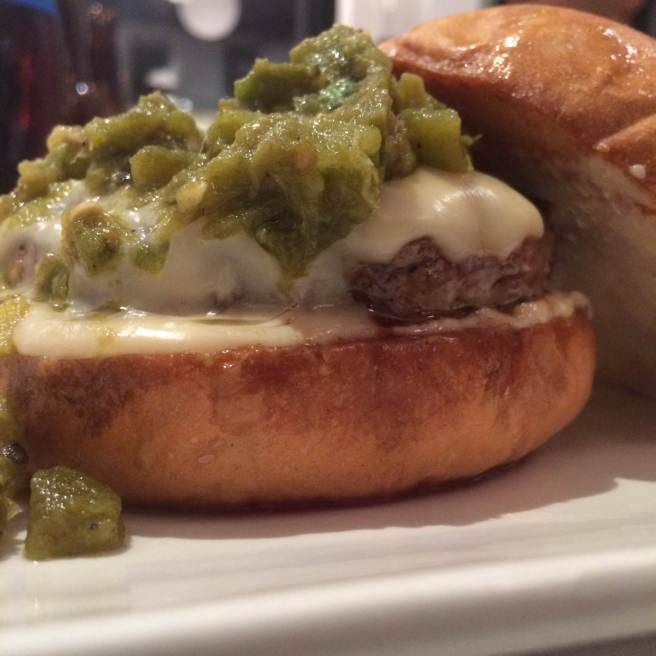 Umami Burger is, for better and worse, an institution.

The better: This place is pretty much entirely responsible for the revitalization and elevation of burgers. Before Umami Burger, the words “cheeseburgers” and “high cuisine” couldn’t really be used in the same sentence. Well, unless the sentence was, “Cheeseburgers are not high cuisine.” Then, Adam Fleischman had an inspired, Double Double-induced moment of clarity, went to Mitsuwa Marketplace, and opened up a shop on La Brea.

The focus was simple: complex burgers that explored the interplay between different savory foods. Obsessively high quality (American Wagyu) beef. Weblike crisps of ossified parmesan. Slow-hot roasted hatch chiles. Juicy, salty cubes of bacon lardon. Sweet, pliant brioche (emblazoned with that signature “U”). That weird, kinda sweet ketchup. Umami was totally “L.A.” On Friday nights, it would buzz with activity; flannel-clad hipsters would wait an eternity to sink their teeth into one of Fleischman’s brainchildren while they pretended to really like – and really get – Bitte Orca.

From those humble roots, the Umami empire spread north (to the Bay Area) and then east (to Miami and New York). Now, you don’t have to be a Silver Lake hipster to get an Umami Burger. You can be a hipster in Greenwich Village or Brooklyn too. Three cheers!

The worse: The restaurant’s expansion has been a double-edged sword. The growth of the Umami brand has been concomitant with the increasing prominence of burgers, and the culinary credibility they’ve accumulated over the years. On the other hand, it’s shown what can happen when a once great outfit spreads itself too thin. So now, Umami is better for what it represents than for what it actually is.

Janak and I went with Shanil and a couple of Shanil’s friends to the Umami Burger in Old Town Pasadena. After running into Silva and Shant – Pasadena’s preeminent power couple – outside the place, the five of us sat down to get to work.

The Burger
In light of the foregoing, I may well be criticized for being a little cynical. Some among you may suspect that I’m unfairly subjecting Umami Burger to the Death Cab for Cutie treatment – you know, being all shitty about their getting famous. But here’s the thing about Umami Burger (and about Death Cab, for that matter): it kind of sucks now, and it didn’t used to.

The patty is still – allegedly – six ounces of American Wagyu. But if we’re being real, it tastes like the good stuff has been diluted a bit with some more conventional chuck. These patties, quite simply, are not what they used to be. The burger was still pretty well-cooked, though: a competently executed medium rare, glistening on the outside and a delicate pink inside. It was also really juicy; the coarse grind of the beef probably helps in that regard. But while the preparation is still skillful, the meat itself just isn’t as good, and at bottom, that’s kind of a deal-breaker. It’s kind of like…I don’t care how wonderful her personality is: I’m not dating a Celtics fan.

Anyway. The Hatch burger features roasted Hatch chiles, cali cheese, and roasted garlic aioli on that sweet, familiar bun – think of it as a demi-brioche. This is a different version of the Hatch than I’ve eaten previously. The earlier version featured slow roasted chiles; this iteration is slathered in a tendril-hued roasted chile relish-like substance. It’s got less heat, less flavor, and less texture. Basically, it’s a bunch of not-hot slop gracelessly spattered like a bad Jackson Pollock knockoff all over the almost too-melty (and awkwardly flavorless) cheese. The aioli was all over the lower bun, spilling out from beneath the patty with every bite.

Everything about this burger was messy. The patty dripped juices. The aioli oozed out with every bite like cream when you squeeze a Twinkie. The chile slaw was all over the place. The cheese was strange and almost soupy – think hopelessly insipid fondue. While previously, Umami Burger’s menu showcased nuanced, counter-intuitive collaborations between distinctive flavors and textures – all bound by the common thread of being savory – now, it leans too heavily on a) its reputation/laurels, and b) the fact that the patties have some Wagyu beef in them, maybe. The ingredients are largely flavorless and don’t interact very well together at all. The bun is by far the most interesting thing that this burger has to offer, unless you’re interested in insipid meat and chunky chile sauce.

The worst thing I can say about this burger was that it was uninteresting. It is damning evidence of the marked decline of a once-iconic, once-credible, once-awesome burger place. Umami Burger has done us all a great service: It set the table (sorry, that’s a disgraceful pun) for the Plan Checks and the Father’s Offices of the world not only to take Los Angeles’ culinary scene by storm, but also gain that culinary credibility that eluded burger joints for so long. Beyond that, though, I’m surprised to say that I think Umami Burger has kind of outlived its utility.

On the bright side, it’s still the best burger in New York.